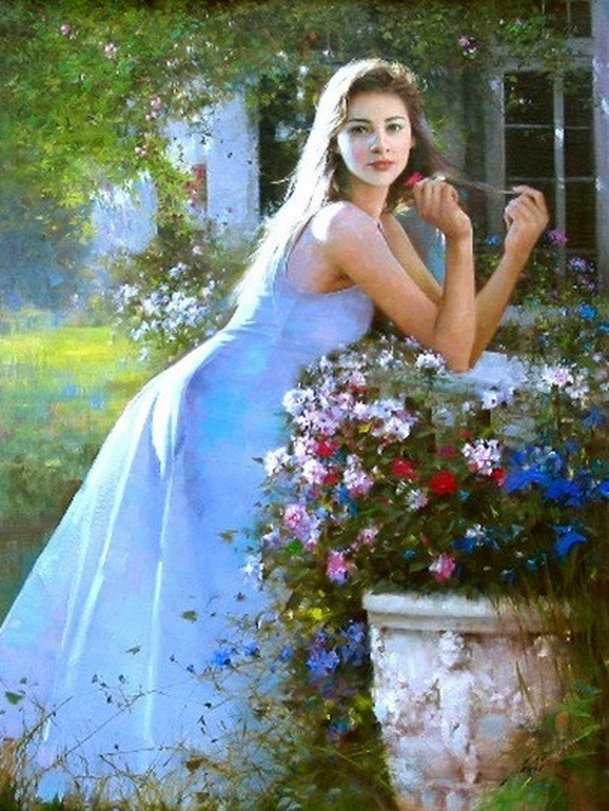 An He was born in 1957 in Guangzhou, China.  He was born into an artistic family. He was drawn to the arts at a young age, and was under the tutledge of his father, a highly respected artist and Professor of Art in Guangzhou.  He later studied at the Fine Art College of Guangzhou, one of the top academies in China.  Interestingly, his fathers top student, Guan ZeJu, later became An Hes teacher at the academy.

While attending the academy, An was invited to join the All China Artist Association, a top national organization only for professional artists.  At the age of 24, he was the youngest member ever to be chosen.  This was his first honor.  Since then, his paintings have been widely exhibited in many cities throughout China.  He also was commissioned to do hundreds of book covers and illustrations for publications.  An He has won several National Art Excellence awards in China.  Three of his works have been purchased by the Chinese government for the permanent collections on display in the Nationall Museum of Fine Arts in Beijing.

An He arrived in the United States in 1985, settling in New York before making San Francisco his permanent home in 1988.  Specializing in figurative painting, he has become one of the most sought after artists in the country for his romantic paintings of women. An Hes tremendous admiration and respect for women comes through in all his work. There is a grace; a peek into the inner beauty of his subject.  His women are usually caught in a moment of contemplation, sometimes in an opulent interior, sometimes in a garden.  Ballet themes and musical instruments find their way into his compositions as well.  His subjects are always breathtaking and timeless.

His style has been compared to the work of John Singer Sargent, bringing him tremendous attention from other artists, as well as collectors.  He has also specialized in portraiture, and has been commissioned by collectors throughout the United Sates, Europe and Asia. 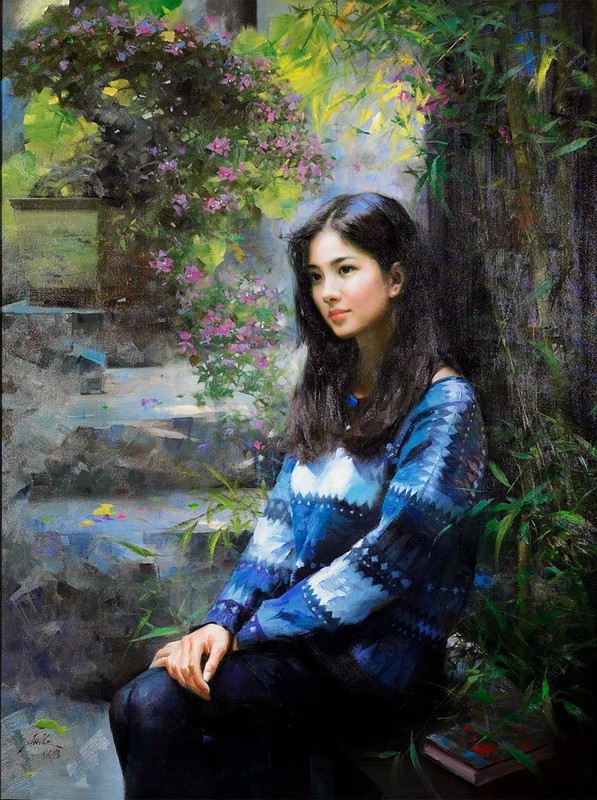 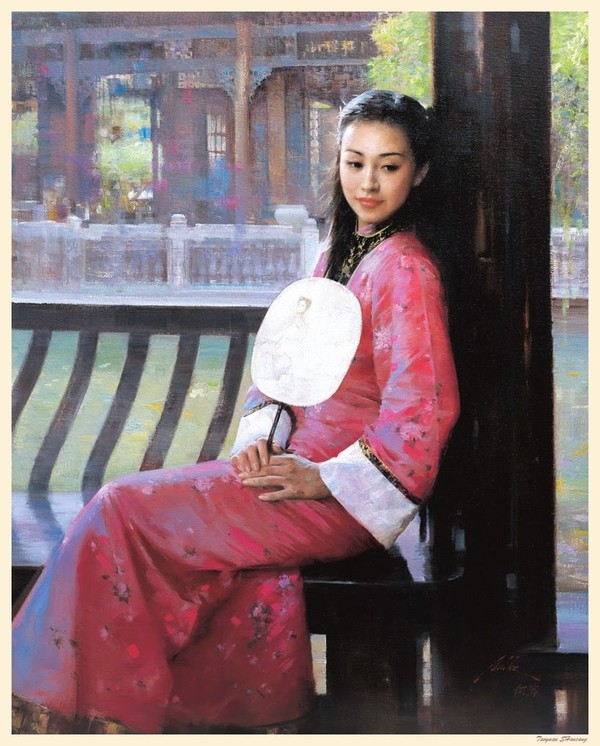 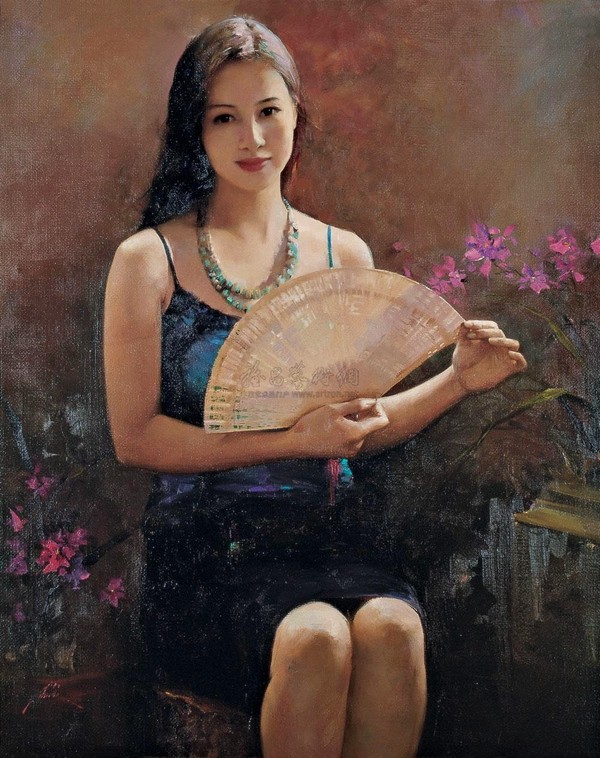 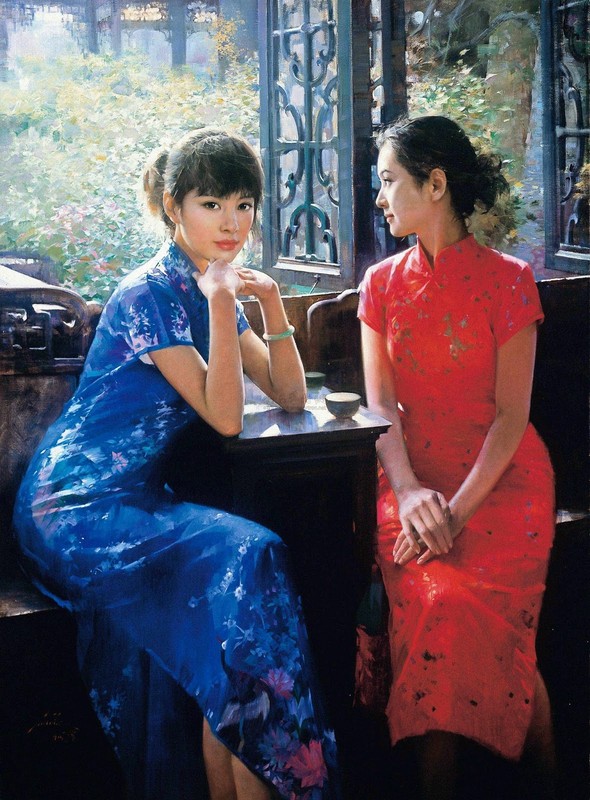 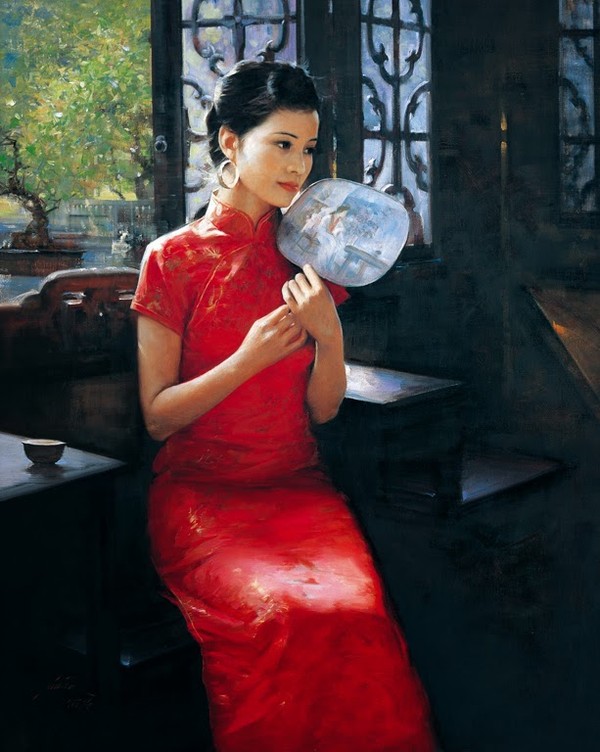 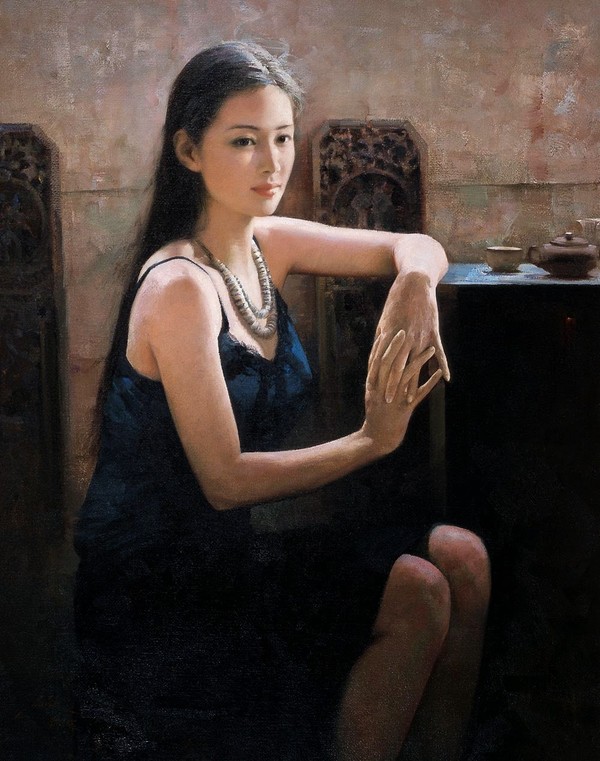 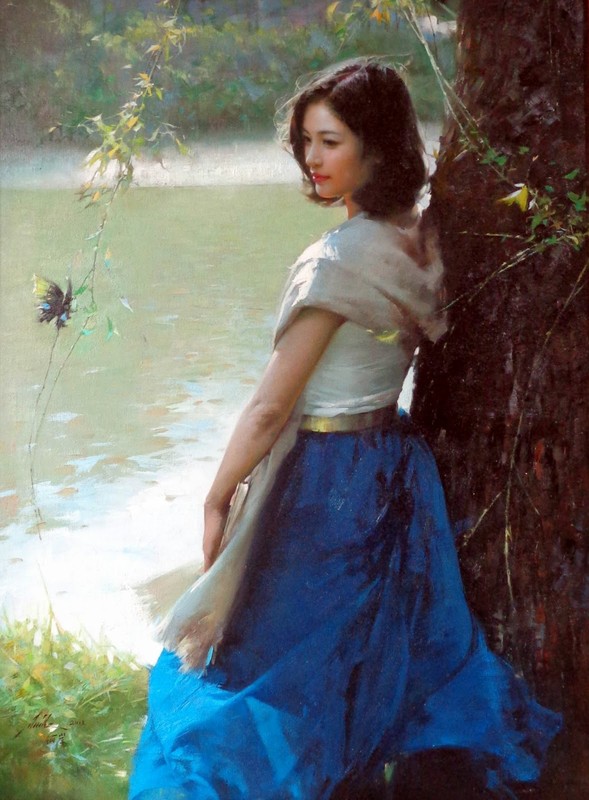 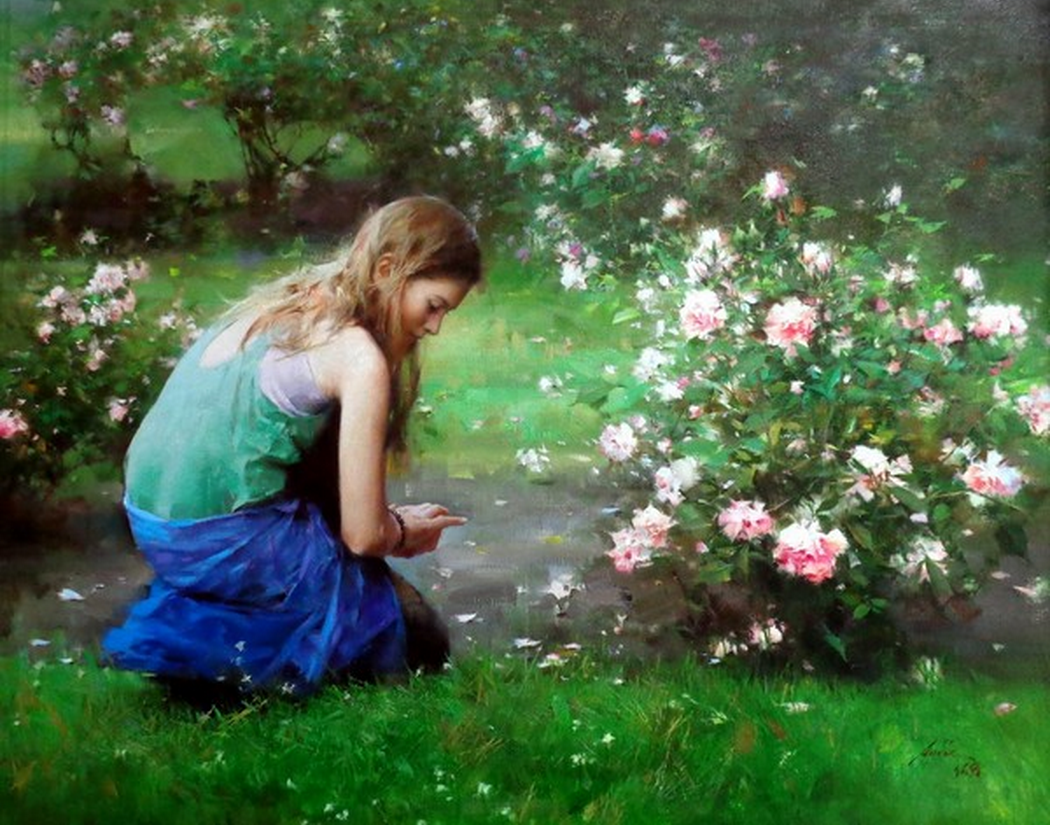 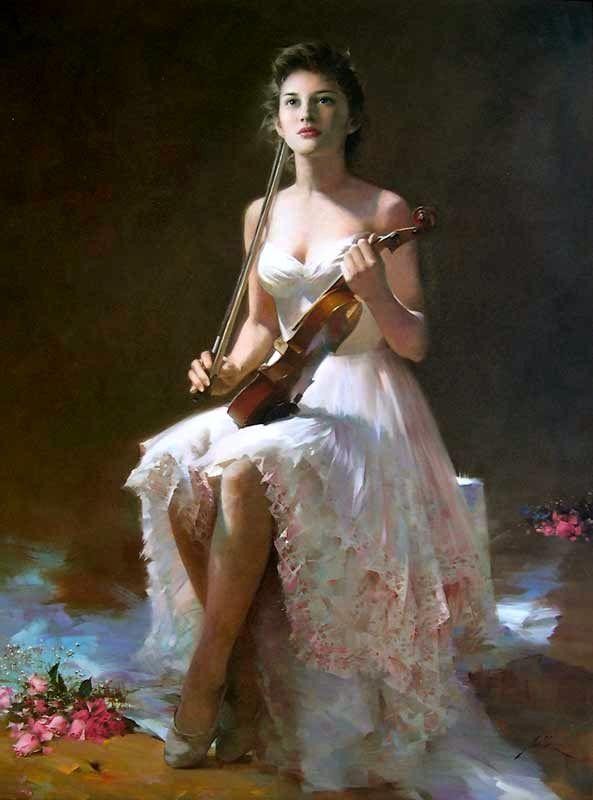 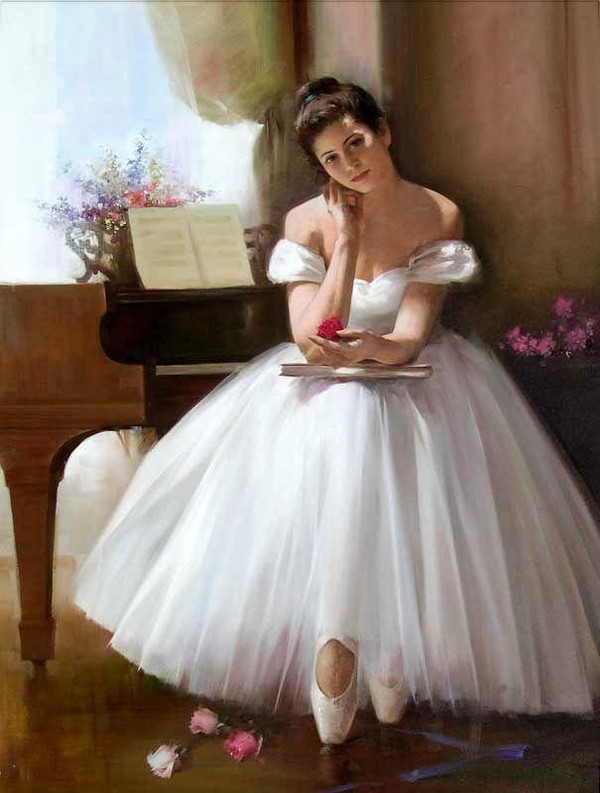 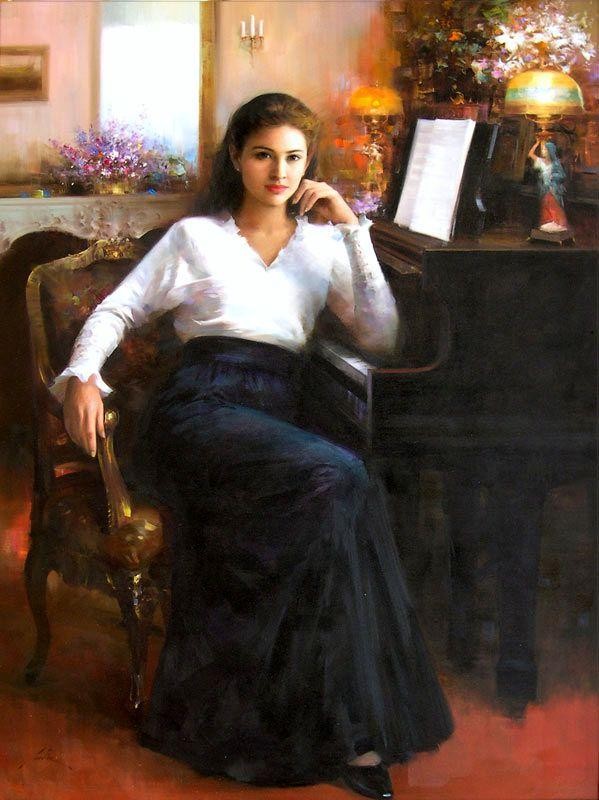 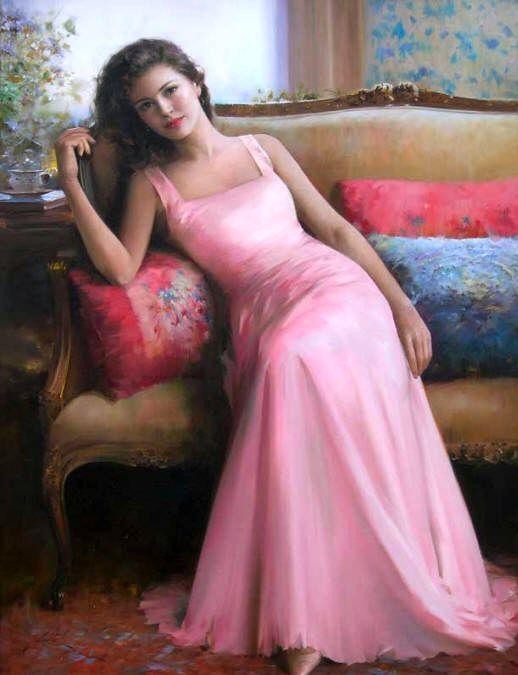 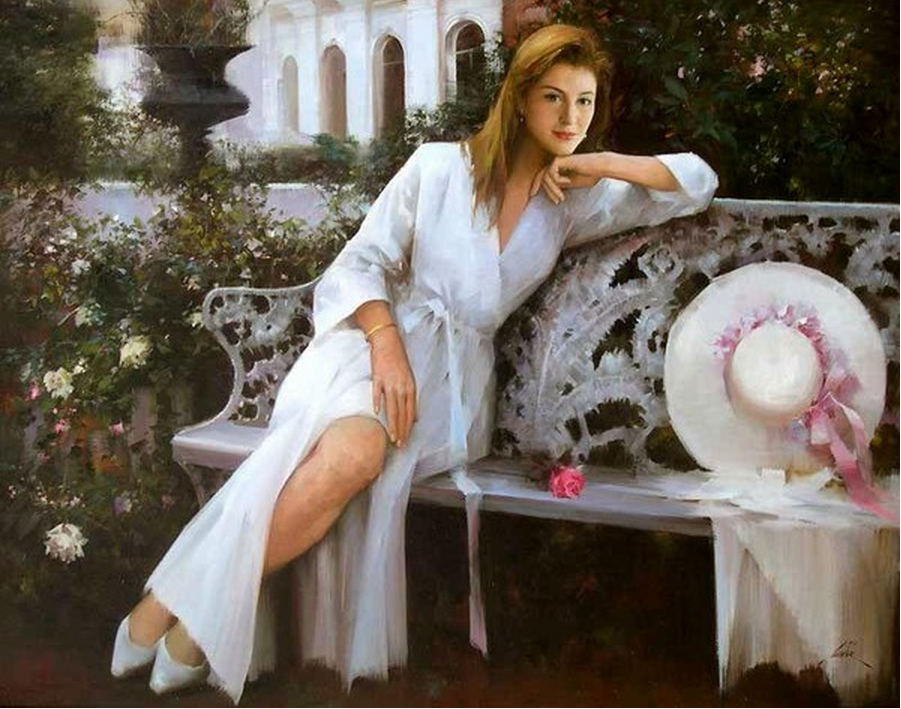 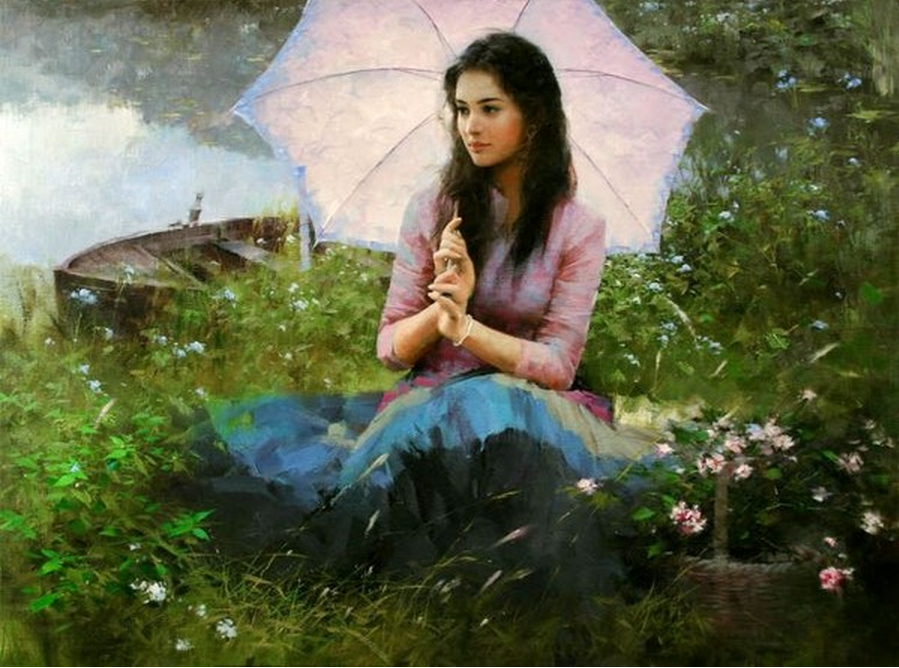 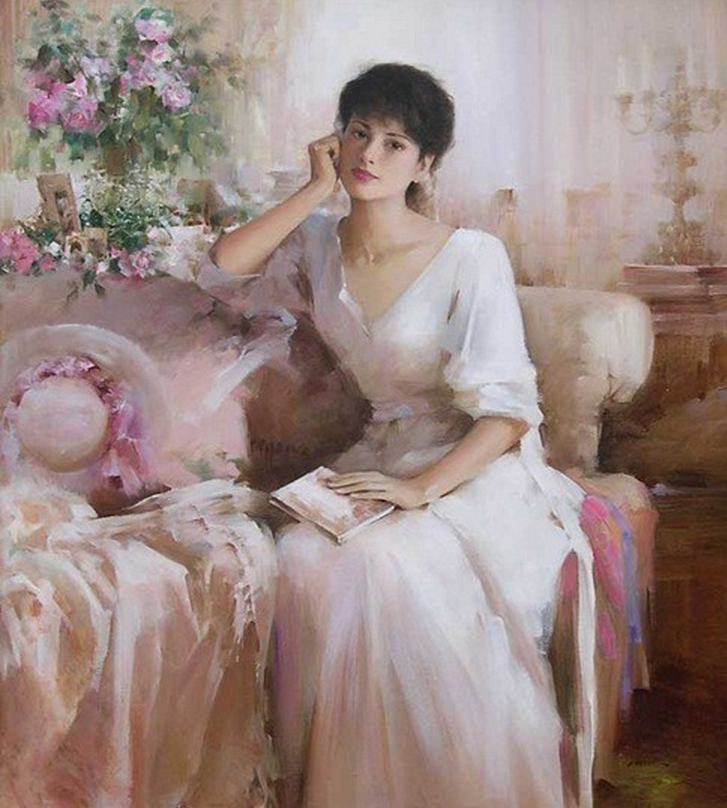